A U.S. District Court judge issued a permanent injunction to prevent the Biden Administration from forcing doctors and hospitals to perform “transgender” operations.

Ruth Institute President Dr. Jennifer Roback Morse, Ph.D. responded: “We applaud the decision by Judge Reed O’Connor of the U.S. District Court for the Northern District of Texas. The Biden Administration’s attempt to coerce doctors and hospitals into performing so-called transgender surgeries was a naked power grab on behalf of their political allies in the trans-lobby.

“The Biden Administration, like the Obama Administration before it, will not permit dissent from the trans agenda. This so-called ‘transgender mandate’ was an attempt to block the exits for any medical professional with the courage to resist performing these controversial, experimental, and potentially dangerous surgeries.”

The mandate was first issued by the Obama administration’s HHS (based on an interpretation of the Affordable Care Act), repealed under Trump, and reinstated under Biden. It forced doctors and Catholic hospitals to perform these procedures against their better judgement and the dictates of their conscience. Judge O’Connor’s ruling upholds the right of conscience protected by the Religious Freedom Restoration Act.

Morse concurred: “No doctor should be forced to perform any medical intervention against his better medical or ethical judgement. O’Connor’s decision derailed this inhuman policy, at least temporarily. Thank goodness for that.”

O’Connor initially blocked the mandate in 2016, a decision he reaffirmed in 2019. Under Biden, the decision was appealed to the U.S. Court of Appeals for the Fifth Circuit, which sent it back to O’Connor in April. Even if the latest ruling is confirmed, it will only cover areas of Louisiana, Mississippi, and Texas in the Fifth Circuit.

“In other words,” said Morse, “the matter is still moving through the federal court system and could eventually reach the U.S. Supreme Court.”

Dr. Quentin Van Meter, President of the American College of Pediatricians, called the ruling “a breath of fresh air that is welcomed by all physicians who wish to practice Hippocratic medicine.”

Erin Brewer of Partners for Ethical Care said her organization is grateful for Judge O’Connor’s decision. “Though no doctor should be engaging in attempting to change the sex of children’s bodies, it is imperative that doctors are not coerced into medically abusing vulnerable children with these misguided interventions.”

Both Van Meter and Brewer spoke at the Ruth Institute’s Summit for Survivors of the Sexual Revolution, “Reclaiming the Professions for Life and Family,” last month in Louisiana.

The Ruth Institute is a global non-profit organization, leading an international interfaith coalition to defend the family and build a civilization of love.

Newer PostTools for Parents: Internet Safety for Your Kids
Older PostWV, Want to Hear What A Pro-Life Senator Sounds Like?

Time for Christians to Face Our Failure: Caution Graphic Discussion 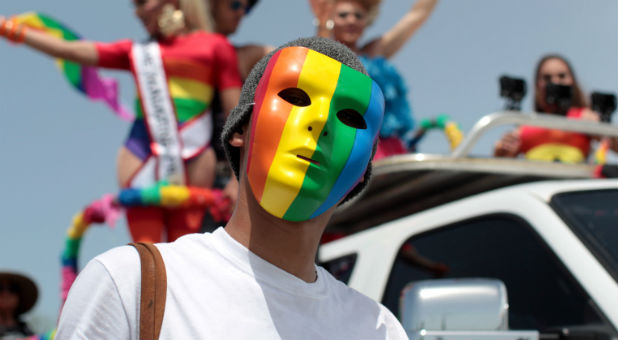 No. We Won’t Change the Bible for Homosexuals